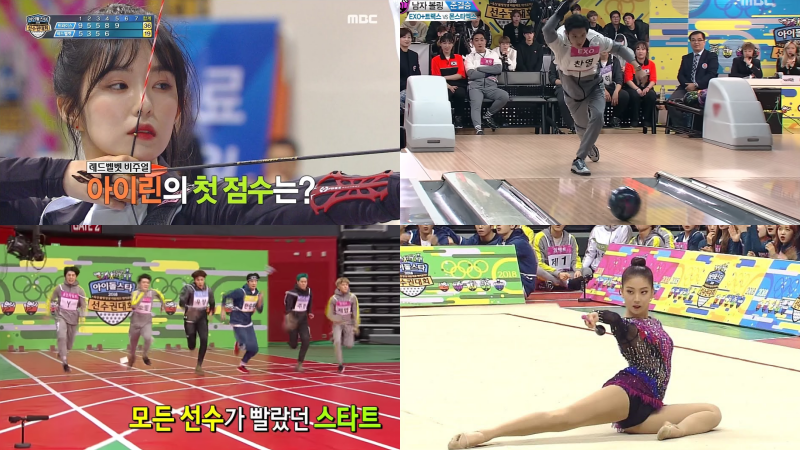 While not exactly the same time slot, a comparable competitor was KBS2’s “Happy Together.” As KBS’s normal evening programs’ time slots were emptied for Olympics coverage, the only evening KBS show to air was “Happy Together” at 10:50 p.m. KST. It brought in ratings of 5.5 percent and 5.9 percent, similar to the ratings for “2018 Idol Star Athletics Championships.”

Check out the full episode for the first day below!